Vimjam is oficially over! I loved this one, the atmosphere that 8 bits to infinity and Vimlark created for this jam was fantastic, and I had loads of fun making the game. Someone asked me how I managed to create the visual style of the game, and it inspired me to write this postmortem. Big thanks to Hellsnake for creating original music for the game, you can check it out here if you want.

Before the actual jam started I was already side-eyeing Skinner by keijiro and his other assets, it looked fantastic so I knew I wanted to something with it, didn't know what exactly back then though. Also me and my friend were joking about making a furniture dating sim, where you date various home appliances, chairs, tables, etc. So at first I wanted to make that, but couldn't figure out how to incorporate "boss" to it.

Brainstorming day (or so I thought)

When the theme was revealed, the idea of the dating sim went straight down the drain, I just couldn't figure out anything that could work. But then I had an eureka moment. What if you fought a freaking microwave in a top down shooter bossfight? Then I figured a smash like mechanic where you fall down from the edge if you get hit, and it was all shaping together nicely in my brain. The idea was too funny to let it pass, so I got straight to work, which I wasn't planning on, because most of the time I spend the first day thinking of the gameplay and ideas.

By the end of day 2 I had the main visual style pretty much done, I rigged a low poly character, added some omni-directional animation blending to it, used keijiro's skinner to emit particles from the character, added a dash, shooting... but something wasn't exactly right. You see, I'm not the smartest tool in the shed, and I couldn't figure out how to change color of particles from skinner. I was pulling my hair for like 4 hours trying to figure out how, but in the end I pretty much gave up and thought that I was just gonna have a rainbow puke of colors instead of a coherent art direction. But then I remembered that I had a screen effects package in another project that I could use. I skimmed through the effects and found it - monochromatic filter. That saved the day. I combined it with 3d anaglyph, and some chromatic abberation and it looked gorgeous. Also the main shader for the microwave and some of its attacks was included with skinner, I just modified it a bit. 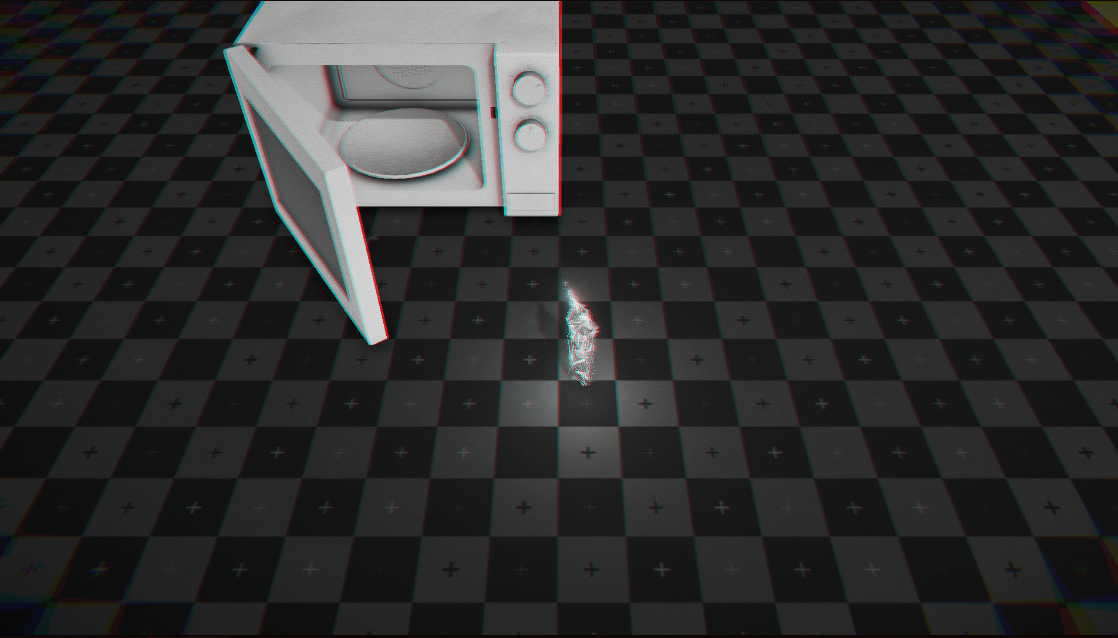 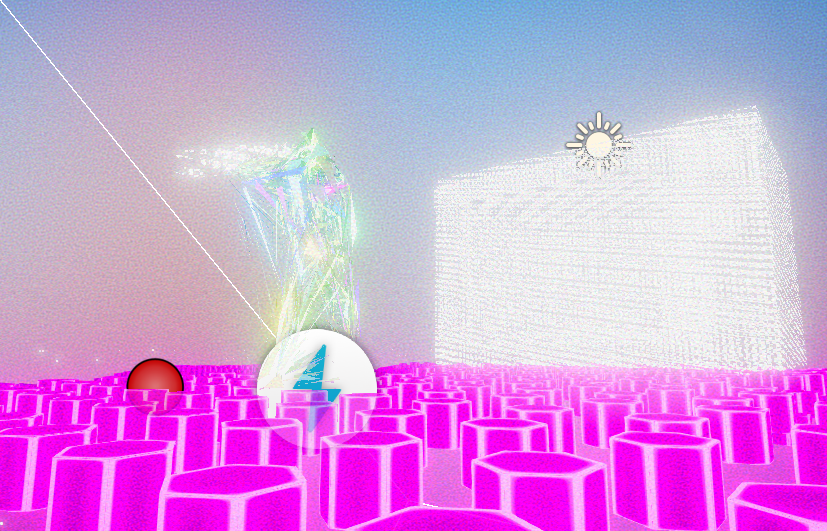 ^ how the game looked without the filter

So the floor looked kinda bland, but then I remembered that I have an asset that can save the day, Living Particles by SineVFX. I slapped a bunch of example prefabs and stuck with one of them, edited it a bit and got the effect that you can see in the final game. I can 100% recommend it, insanely easy to use and looks very nice. 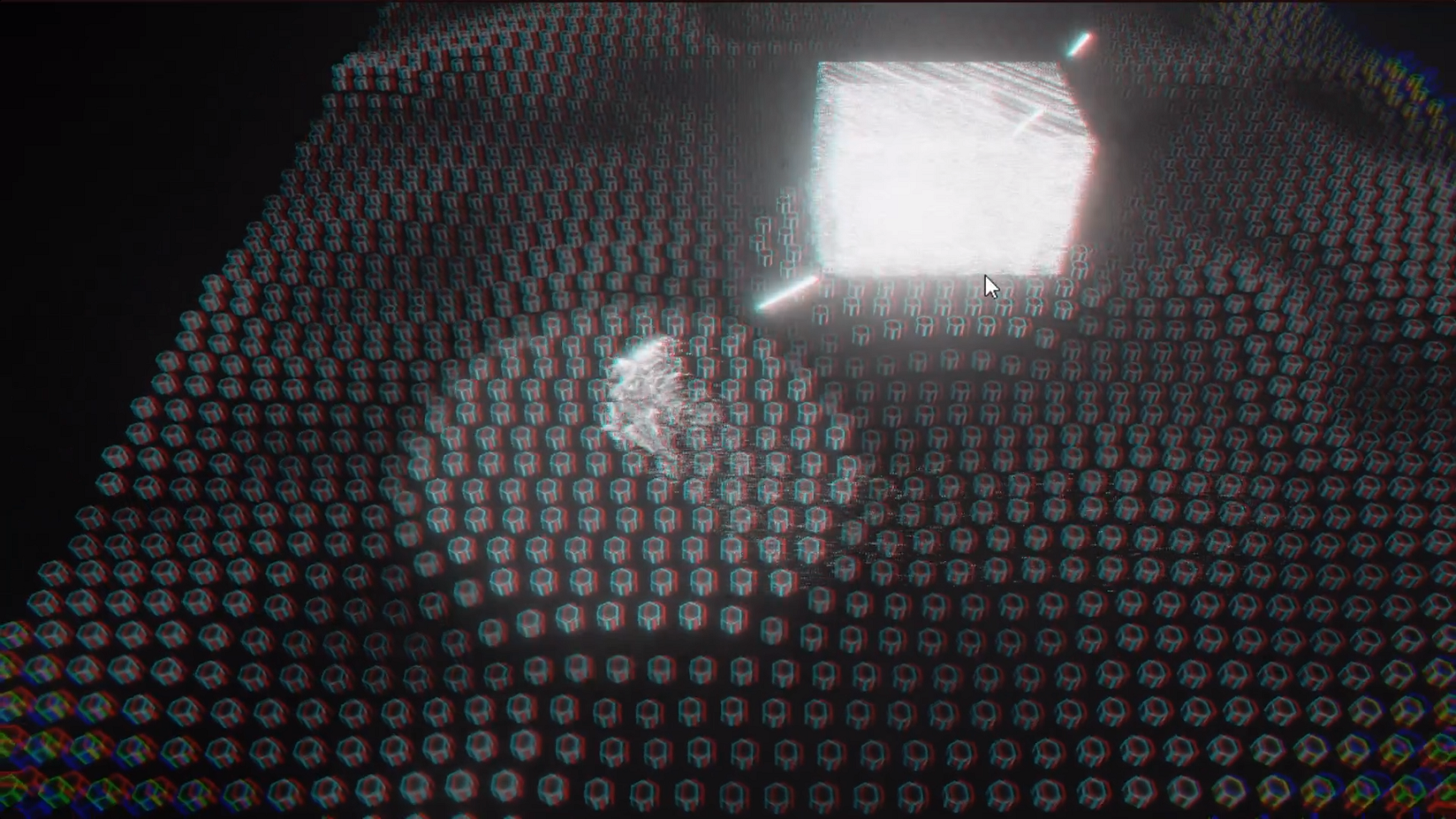 So the boss attacks system took me like 2 days to fully develop. For some reason I thought it was the best idea to make it 100% modular and easy to use, Odin Inspector helped a lot with this tremendously. I made that so attack is just a queue of animation with durations, and a toggle to use the attack. Animations ranged from simple tweens to moving the parts of the microwave itself. Attacks also could be anything.

So everything was going smoothly, but then, SUDDENLY, I realized I didn't finish Better Call Saul yet. So the procrastination began. I think in total between the series and Deltarune chapter 2 coming out I lost about 40% of the jam time? Last 2 days were pretty stressful xD

So I playtested the game 2 times, both with players of a pretty good skill level, and they completed the game pretty easily. So I didn't think about it too much, but in hindsight, I should've made a difficulty setting, because when I watched a pretty mediocre player play it, it just looked like suffering.

It's 30 minutes before the jam ends, everything is going fine, I exported the game, uploaded it to itch and the jam. I went and skimmed through the rules quickly to check if I missed anything. And I did. I missed the part where it said that the credits have to be accesible from the game itself. So without much thought I just added a button in the menu that displayed a screenshot of the game's itch page credits section. As it turns out (which I only realized after the submission period ended), the credits button caused a null reference that prevented the start button from appearing. PANIC. AAAAAAAAAA. The game was literally unplayable :P I reached out to the hosts, and they allowed to fix the mistake and reupload the project. It was probably the most stressful hour of my life.

After releasing the game, I got a lot of heartwarming comments and good feedback for the game, and I want to thank ya'll for it. I didn't manage to get my game played at Vimlark's or Josh's stream, but that's ok! I just hope I can be in the top 50.

See you all next time!